English almost certainly offers a wider range of literature than any other language in the history of humanity. This section drastically reduces that range in order to focus on poetry, and within poetry, on the English sonnet.

The reasons for that choice are the brevity of the form and its historic links to Italian literature; and the simple fact that the sonnet has always been a favourite of the author's.

If one excludes the Japanese haiku (a work of 17 syllables), the sonnet, with its 14 lines, counts as the most concentrated and structured form of lyric poetry. [One must also exclude the five-line limerick which by definition is not a serious form of literature...]

The sonnet was developed in Italy in the thirteenth century and perfected by Petrarch, entering English literature in the sixteenth century. It was adopted by Spenser, Shakespeare, Milton, Keats, Wordsworth and others as a vehicle to express concentrated thoughts and feelings, often on the theme of love.

The following works are but a few examples of the vast choice on offer. [Shakespeare alone wrote 154 sonnets.]

When in the chronicle of wasted time
I see descriptions of the fairest wights,
And beauty making beautiful old rhyme
In praise of ladies dead, and lovely knights;


Then in the blazon of sweet beauty's best
Of hand, of foot, of lip, of eye, of brow,
I see their antique pen would have expressed
Even such a beauty as you master now.


So all their praises are but prophecies
Of this our time, all you prefiguring;
And for they looked but with divining eyes,
They had not skill enough your worth to sing!


For we, which now behold these present days,
Have eyes to wonder, but lack tongues to praise.

Notes:
"wasted" has the obsolete meaning of "past"
"wight" is an archaic word for "person"

Let me not to the marriage of true minds
Admit impediments. Love is not love
Which alters when it alteration finds,
Or bends with the remover to remove:-

O no! it is an ever-fixéd mark
That looks on tempests, and is never shaken;
It is the star to every wandering bark,
Whose worth's unknown, although his height be taken.

Love's not Time's fool, though rosy lips and cheeks
Within his bending sickle's compass come;
Love alters not with his brief hours and weeks,
But bears it out ev'n to the edge of doom:-

If this be error, and upon me proved,
I never writ, nor no man ever loved.

When I consider how my light is spent
Ere half my days, in this dark world and wide,
And that one talent which is death to hide
Lodged with me useless, though my soul more bent

To serve therewith my Maker, and present
My true account, lest he returning chide,-
Doth God exact day-labour, light denied ?
I fondly ask:- But Patience, to prevent

That murmur, soon replies; God doth not need
Either man's work, or his own gifts: who best
Bear his mild yoke, they serve him best: His state

Is kingly; thousands at his bidding speed
And post o'er land and ocean without rest:-
They also serve who only stand and wait.

Note:
Milton went blind in 1652 at the age of 44: calling this "ere half [his] days" would seem rather optimistic for that day and age, though of course it was only a poetic form. The work refers to the parable in Matthew 25:14-30, where a man going on a journey entrusts money (talents) to his servants and expects them to make good use of it during his absence. One of the servants is punished for simply hiding his talent in the ground. The poet fears that without his sight he will not be able to put to good use the only talent God has given him.

"fondly" has the obsolete meaning of "foolishly"

Earth has not anything to show more fair:
Dull would he be of soul who could pass by
A sight so touching in its majesty:
This City now doth like a garment wear

The beauty of the morning: silent, bare,
Ships, towers, domes, theatres, and temples lie
Open unto the fields, and to the sky,
All bright and glittering in the smokeless air.

Never did sun more beautifully steep
In his first splendour valley, rock, or hill;
Ne'er saw I, never felt, a calm so deep!

The river glideth at his own sweet will:
Dear God! The very houses seem asleep;
And all that mighty heart is lying still!

Note:
Evidently London in 1802 was not afflicted by smog and noise as much as in more recent times.

I met a traveller from an antique land
Who said: Two vast and trunkless legs of stone
Stand in the desert. Near them on the sand
Half sunk, a shatter'd visage lies, whose frown
And wrinkled lip and sneer of cold command
Tell that its sculptor well those passions read
Which yet survive, stamp'd on these lifeless things,
The hand that mock'd them and the heart that fed;

And on the pedestal these words appear:
' My name is Ozymandias, king of kings:
Look on my works, ye Mighty, and despair! '
Nothing beside remains. Round the decay
Of that colossal wreck, boundless and bare,
The lone and level sands stretch far away.

Notes:
This reflection on the transient nature of glory was probably inspired by a statue of Ramses II discovered in 1881 (Egypt was much in vogue at the time).

"mocked" has the obsolete meaning of "imitate", "sculpt" as in the modern term "mock-up" (a model).

How do I love thee? Let me count the ways.
I love thee to the depth and breadth and height
My soul can reach, when feeling out of sight
For the ends of Being and ideal Grace.

I love thee to the level of every day's
Most quiet need, by sun and candlelight.
I love thee freely, as men strive for Right;
I love thee purely, as they turn from Praise. 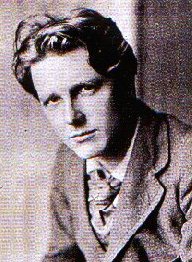 If I should die, think only this of me:
That there's some corner of a foreign field
That is for ever England. There shall be
In that rich earth a richer dust concealed;
A dust whom England bore, shaped, made aware,
Gave, once, her flowers to love, her ways to roam,
A body of England's, breathing English air,
Washed by the rivers, blest by suns of home.

And think, this heart, all evil shed away,
A pulse in the eternal mind, no less
Gives somewhere back the thoughts by England given;
Her sights and sounds; dreams happy as her day;
And laughter, learnt of friends; and gentleness,
In hearts at peace, under an English heaven. 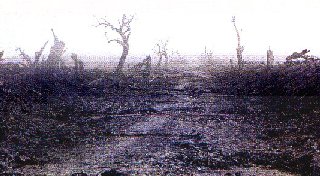 Note: In effect, Brooke was an officer in the British armed forces during World War I and died not on the field of battle but of an infected mosquito bite on his way to the battle of Gallipoli in the Dardanelles. His "corner of a foreign field" is on the island of Skyros. His physical beauty and premature death made him the symbol of a wasted generation.

Oh, I have slipped the surly bonds of earth,
And danced the skies on laughter-silvered wings;
Sunward I've climbed and joined the tumbling mirth
Of sun-split clouds - and done a hundred things

You have not dreamed of - wheeled and soared and swung
High in the sunlit silence. Hov'ring there,
I've chased the shouting wind along and flung
My eager craft through footless halls of air.

Up, up the long delirious, burning blue
I've topped the wind-swept heights with easy grace,
Where never lark, or even eagle, flew;

And, while with silent, lifting mind I've trod
The high untrespassed sanctity of space,
Put out my hand, and touched the face of God.


Note: Before the U.S. entered World War II, many young Americans fought in Europe in the Royal Canadian Air Force. Magee died in a midair accident at the age of 19; his parents found this poem on the back of an envelope after his death.