Conrad Kraushaar, known as Con Crawshaw from the time of WW I (though the name was never changed by deed poll), the author's grandfather married Fanny Ina ("Dot") Lister in Orange in 1910. 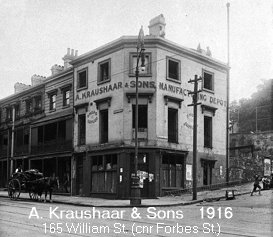 He and his brothers Percy and Carey carried on the confectionery business mentioned in the Saga . Con and family moved to Thirroul for many years to manage distribution of sweets on the south coast of NSW, while his brothers managed the factory and outlet in Darlinghurst (photo at right). During World War I, the German name on the shop excited public antagonism so, even though the family had had nothing to do with Germany for 150 years, they deemed it prudent to change to an English surname soon after this photo was taken. 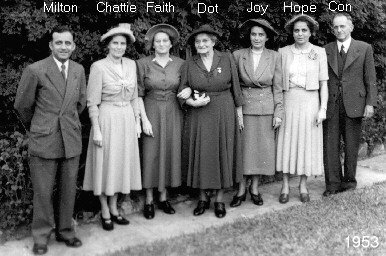 The children of Con Crawshaw and Dot Lister:

Milton married Mary Johnston and begat four "dinkum" Crawshaws, including the author of this website.


A "handful" of Australian descendants.